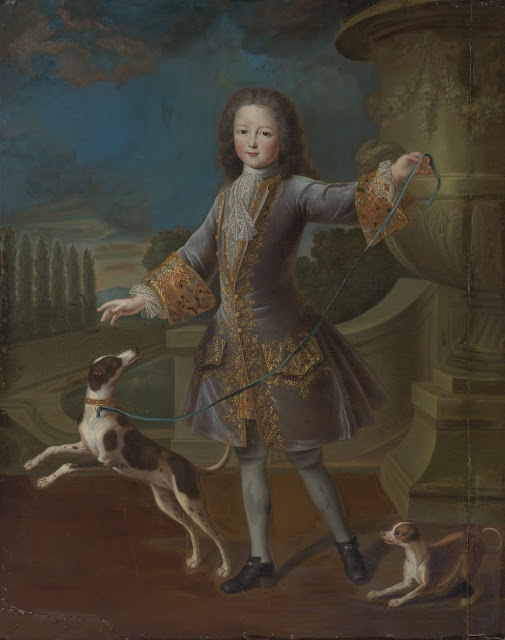 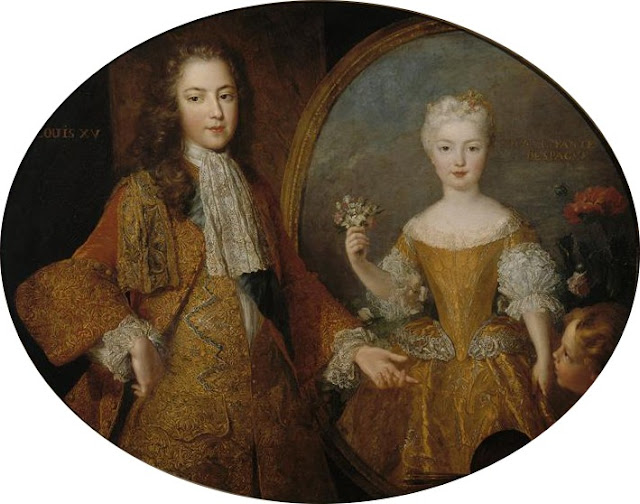 Louis XV and his finace Infanta Mariana Victoria of Spain by Belle,1723 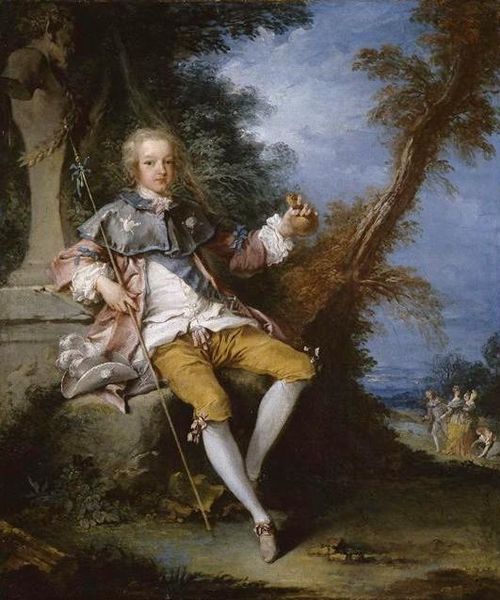 Louis XV, as teenager, represented in the costume of “Pilgrim for Cythera”,1st quarter 18th c. 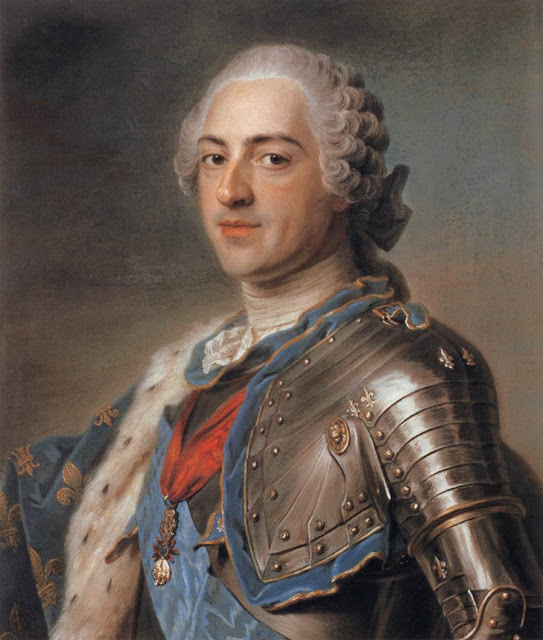 Louis le Bien-Aime,the Well Beloved,king of France was the beloved  king of his people,even if for a short period of time.He is described as being a very good looking man,the best looking man in France,no mean feat.He was certainly beloved by his wife,mistresses and his courtiers.His political legacy is still debated over,some claiming he was an ineffectual king others that he was an enlightened ruler who tried his best but failed.Whatever his political legacy his amorous legacy is well established.He loved women,first his Queen,the polish Marie Leszcynska,to whom his was faithful for many years and with whom he had eleven children,until she locked him out of her bedroom because she couldn't keep up with his libido.He took a mistress after that and never looked back,to his Queen that is.He had a string of mistresses some of the most famous names today,bywords for mistress like Madame de Pompadour and Madame du Barry.He died like he lived with his mistress by his side all the way to the end,fondling Madame du Barry's breasts as he lay dying from smallpox only sending her away at the last minute in an effort to save his soul.